Hello again all you crazy buggy enthusiasts! Whether you’re new to the sport of buggy or just here reading for inaccuracies, I welcome you to the 2019-20 season with this first Rolls Report. Here, you’ll find pictures, data, snarky commentary, or whatever else I feel like including in the follow up to this past weekend’s rolls practice. So let’s get started.

*Also I figured since rolls got delayed so many weeks, I would delay the posting of this rolls report in solidarity with the Sweepstakes Committee.

As you may know, this is the 100th year of the races so it’s a big one. Despite getting a later start than Sweepstakes had hoped, Saturday was a pretty solid day of rolls. We saw the return of 7 teams and 19 buggies!!!

We saw plenty of new drivers out on the course (8 to be exact!) and a couple more observing the veterans. There was a bit of readjusting with three teams (SDC, CIA, and Fringe) being displaced by Posner renovations and forced to relocate their staging areas to the base of Hill 1, but teams were able to get up to 3 rolls on Saturday.

Apex had to do some scrambling in the dark when their staging area in Posner Hall suddenly lost power.

CIA was hitting full speeds (including Hill 1s) after shedding their bags off of Emperor and Equinox.

Fringe…. was off to a bit of a rougher start. Blueshift lost a fairing cover on one of its rolls, but it was quickly recovered. Seems like the team just COULDN’T CATCH a break as shown with this quickly infamous picture of Blind Faith. Note Dave’s very concerned expression.

PiKA was trying out some new turning technology with the longer side of Kleona’s axle’s sticking out of the right side of the buggy, so we’ll see how that works out for them. The enthusiastic flooring of their follow car (VROOM VROOM) was cut short by the Sweepstakes Chairman scolding them. In their excitement, they also accidentally abandoned their buggy at the top of Hill 1. 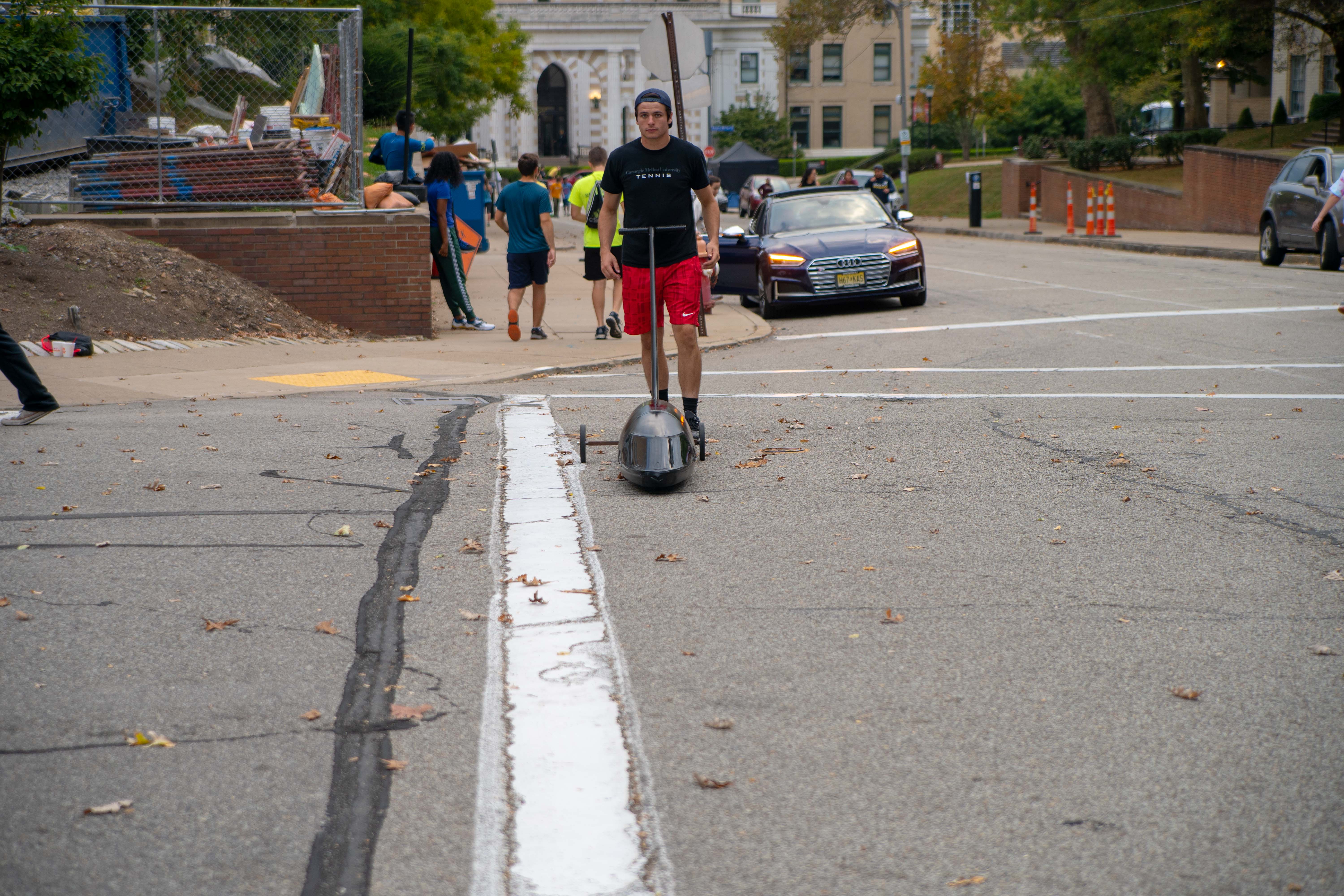 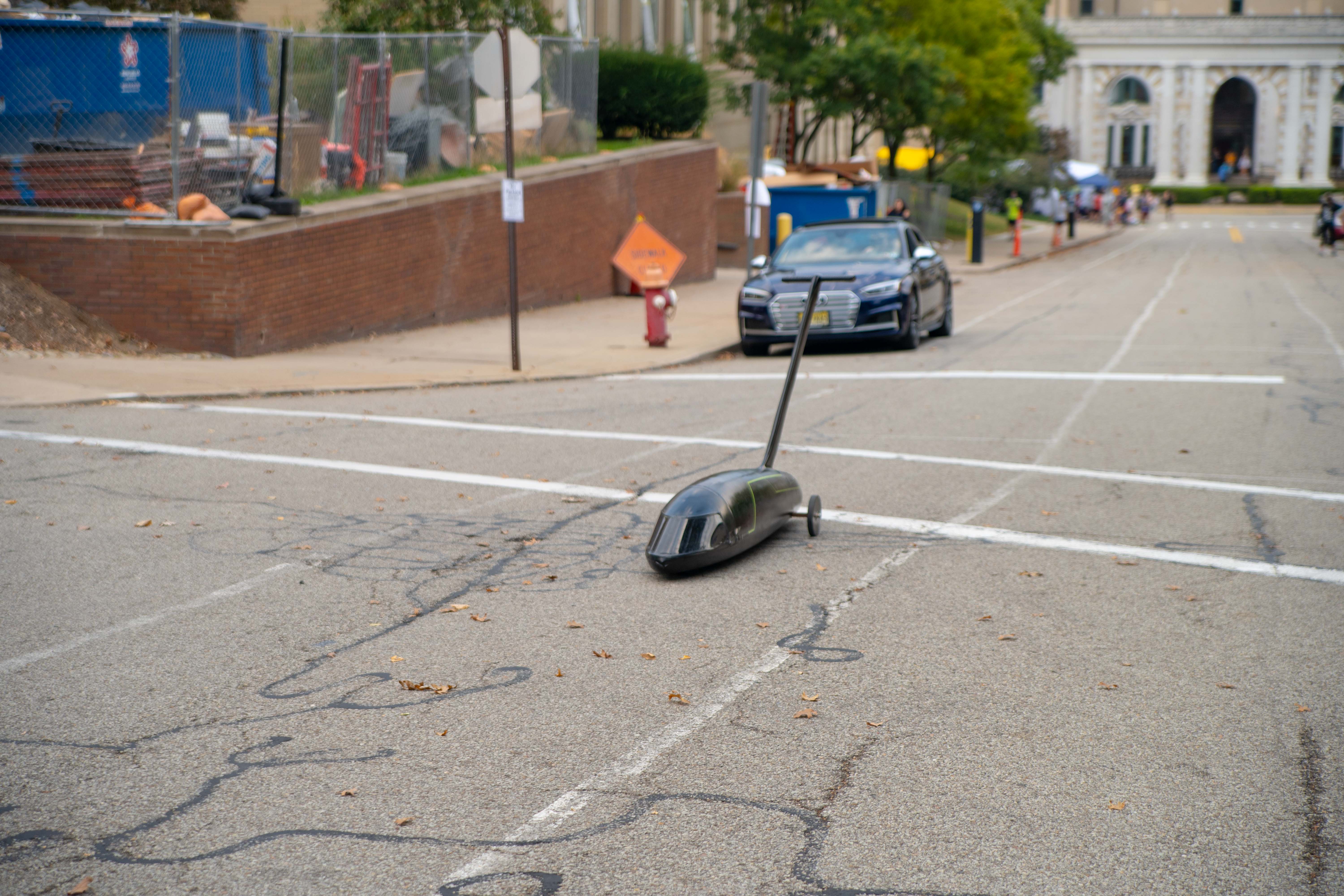 SDC kicked off this year with Inferno getting in the first roll of the semester, while their new drivers observed.

SigEp. Hmm. Not much to report here besides getting some solid rolls with a returning driver in Kraken. They may have been on their best behavior so as not to embarrass Jake, Sweepstakes Assistant Chairman and former SigEp team member.

Spirit brought out their fleet with only a slight hiccup where a new driver got a little lost and went to the right of the monument.

Unfortunately the ominous clouds were not just there for dramatic effect, and rolls were called to an early end between 8:30-8:40 due to rain. But with no major delays or accidents, I would call this Saturday a success. Good work Sweepstakes! Hopefully, teams can squeeze a few more rolls in this upcoming weekend.

CMU Central MarComm was also out taking pictures and interviewing students to build up hype around the big Buggy 100 race.

Sweepstakes has also confirmed that the dumpsters and units on Hill 4 will be moved over, clearing up some space for buggies and pushers.

Now. For something new! Presenting the first installment of the RUMOR OF THE WEEK section.

Rumor of the week:

It looks like this year’s Sweepstakes committee may have gone over budget already and resorted to delaying rolls to mine for gold outside Phipps. I’m not sure who told them there was anything precious underneath the asphalt, but it seems their mining attempt with a pickaxe was unsuccessful. Guess those new Sweepstakes jackets will just have to wait. 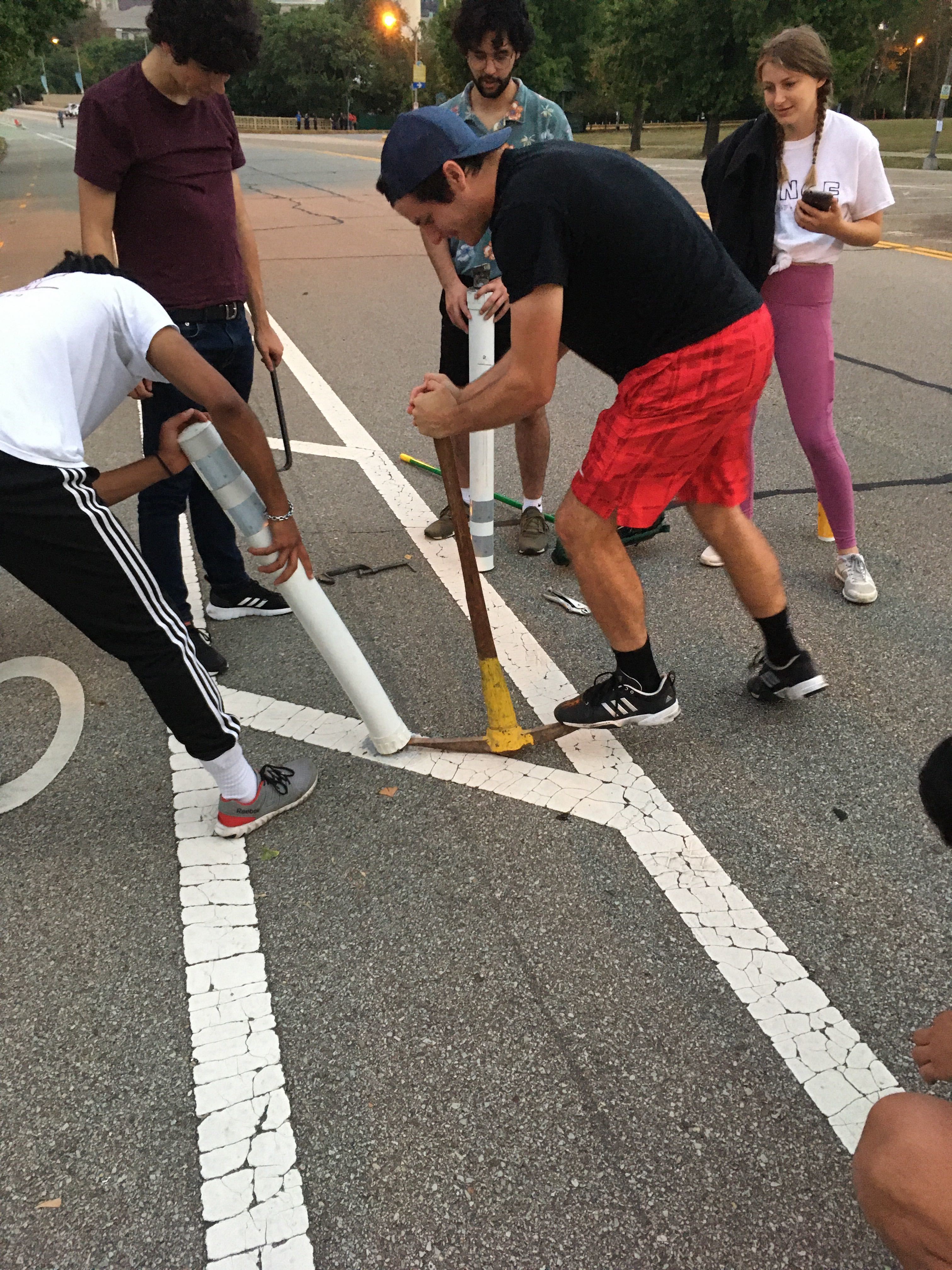 Come back next week for Saturday & Sunday rolls, weather permitting, as we count down to Raceday 100!!

Join in Discussions on Discord:
https://cmubuggy.org/chat

One thought on “Rolls Report: Sept. 28 – Dawn of the Planet of the Buggies”