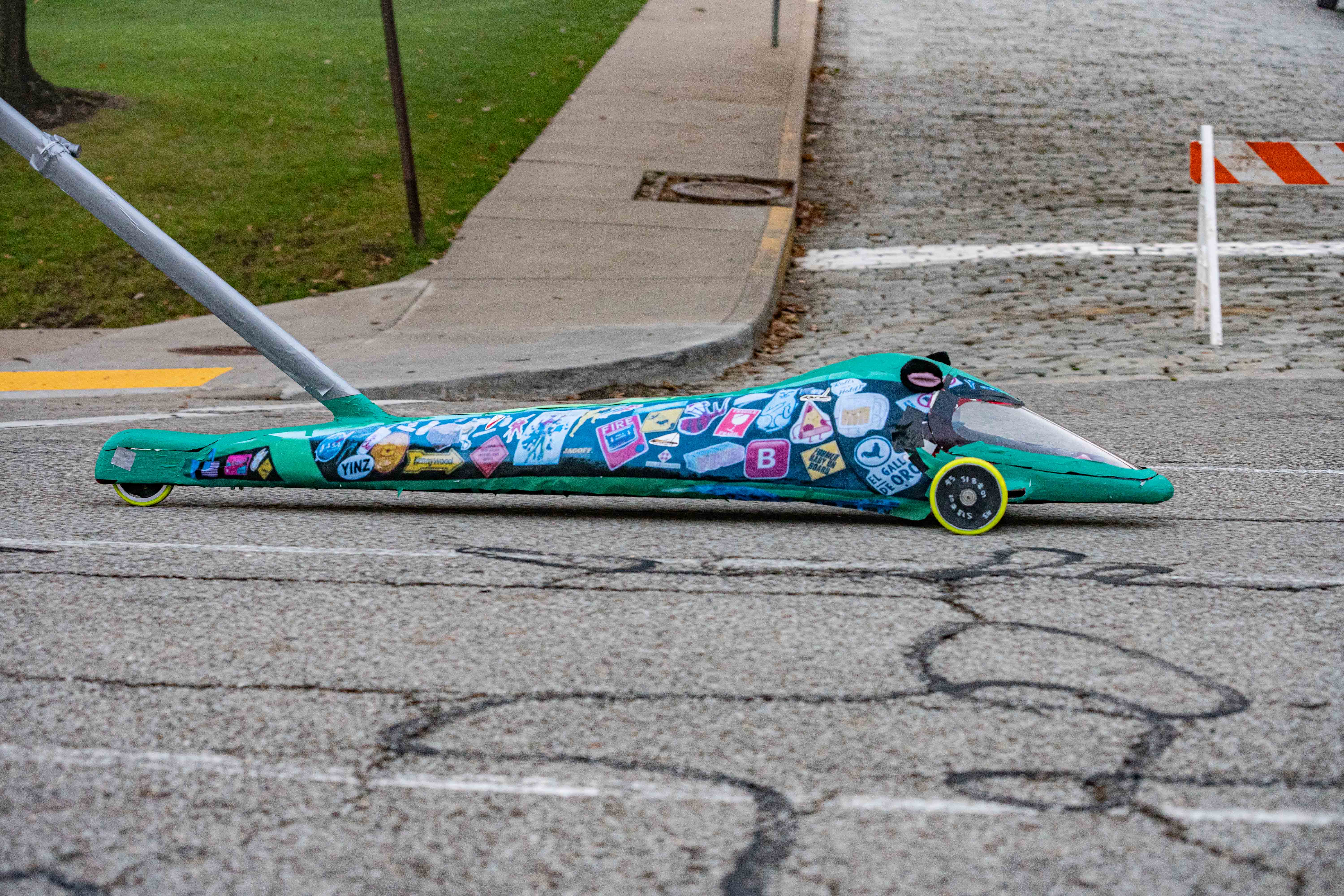 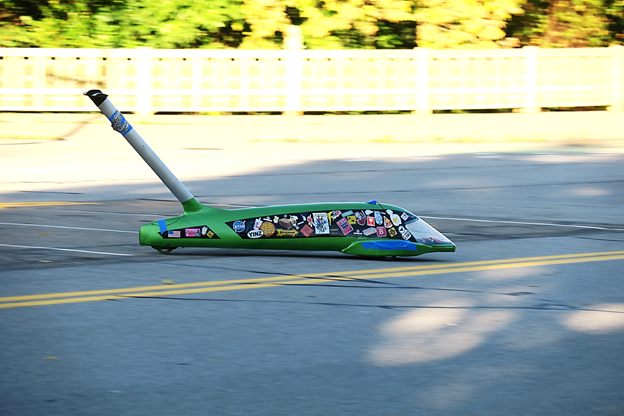 If you’re seeing double, don’t worry, you’re not alone! CIA’s Bumper-inspired “Bempest” was turning heads all weekend. CIA got into the Halloween spirit early this year with a whole squad of costumed buggies. Pittsburgh was also in the Halloween spirit, casting a gloomy fog accompanied by an ominous murder of crows flying above the course.

Otherwise, this weekend was quite uneventful with teams getting up to 6 rolls each day (except Bempest, who got a 7th on Sunday, perhaps by stealing the identity of another buggy).

Apex had a quick spin in the chute after losing a front hatch, but continued up the backhills after being cleared by EMS. Apparently, I need to clarify that the front hatch was in fact REATTACHED before it was pushed up the backhills (@Dave Conley 2017). On a more positive note, here’s a picture of everybody’s favorite Rolls Reporting Officer giving an Apex Hill 2. 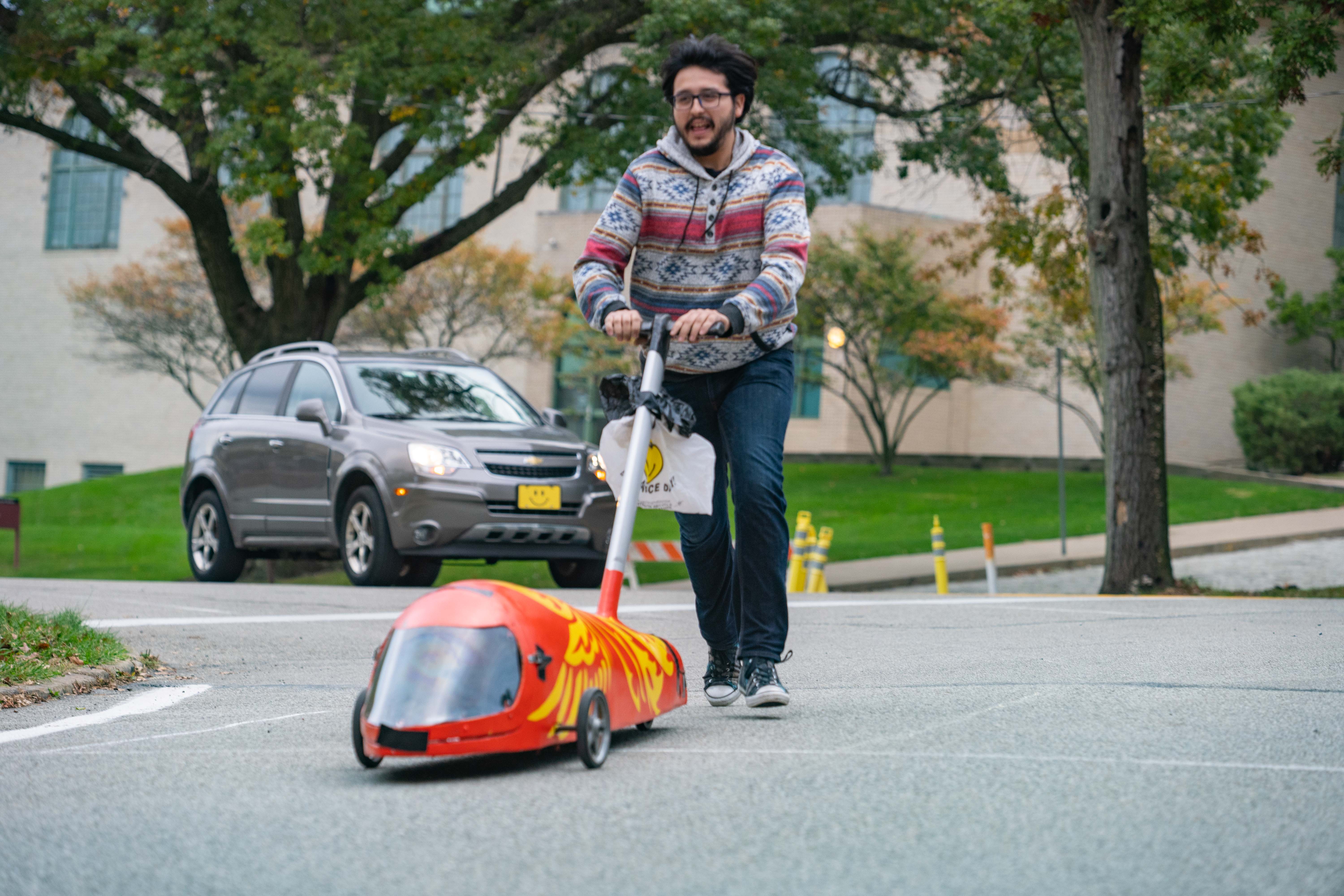 CIA had the spotlight this weekend with their fantastic buggy costumes. In addition to Tempest, Icarus and Aurora also got some new digs. They set the costume bar real high for next Saturday. I’m glad to see people out on the course being fast and fun! 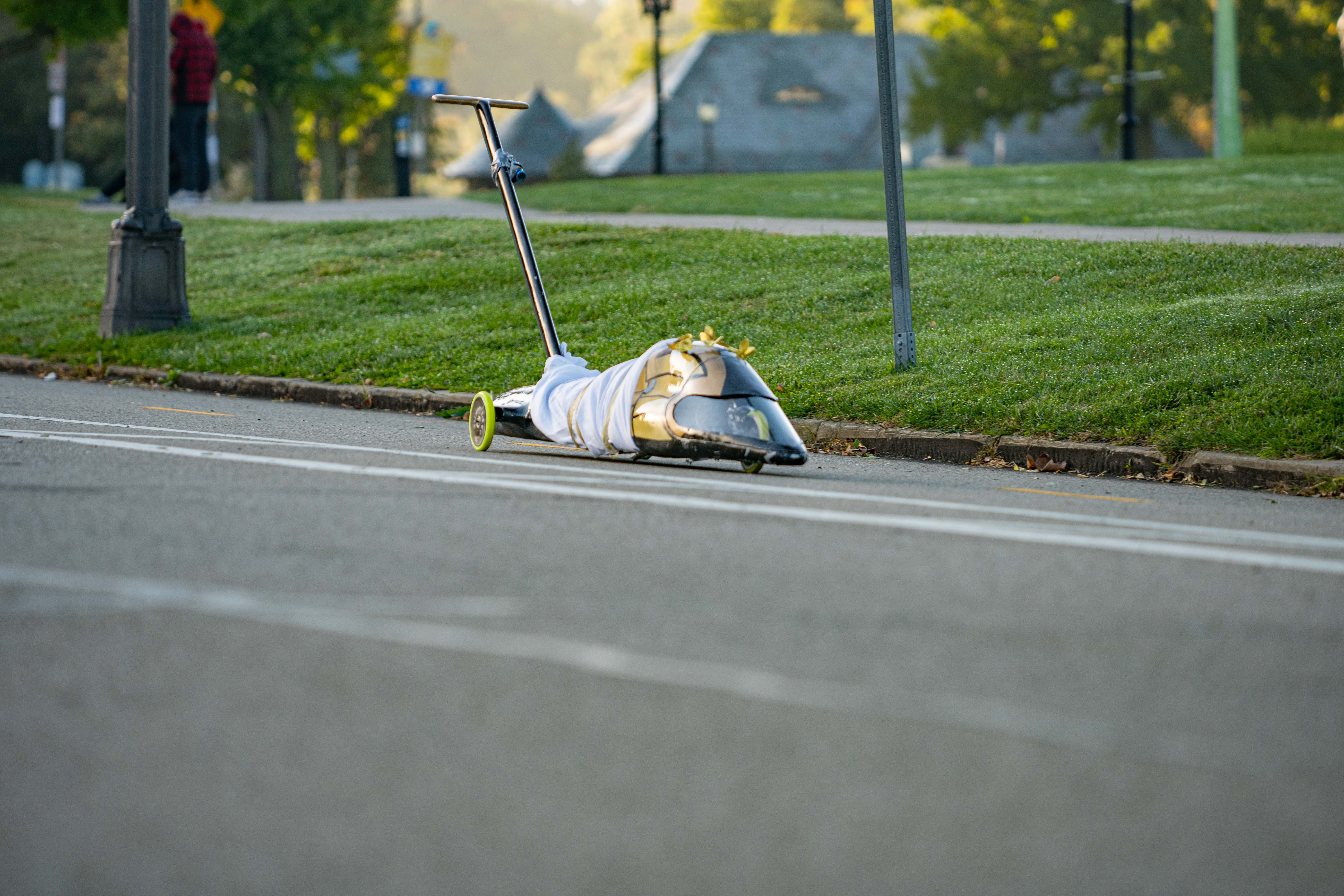 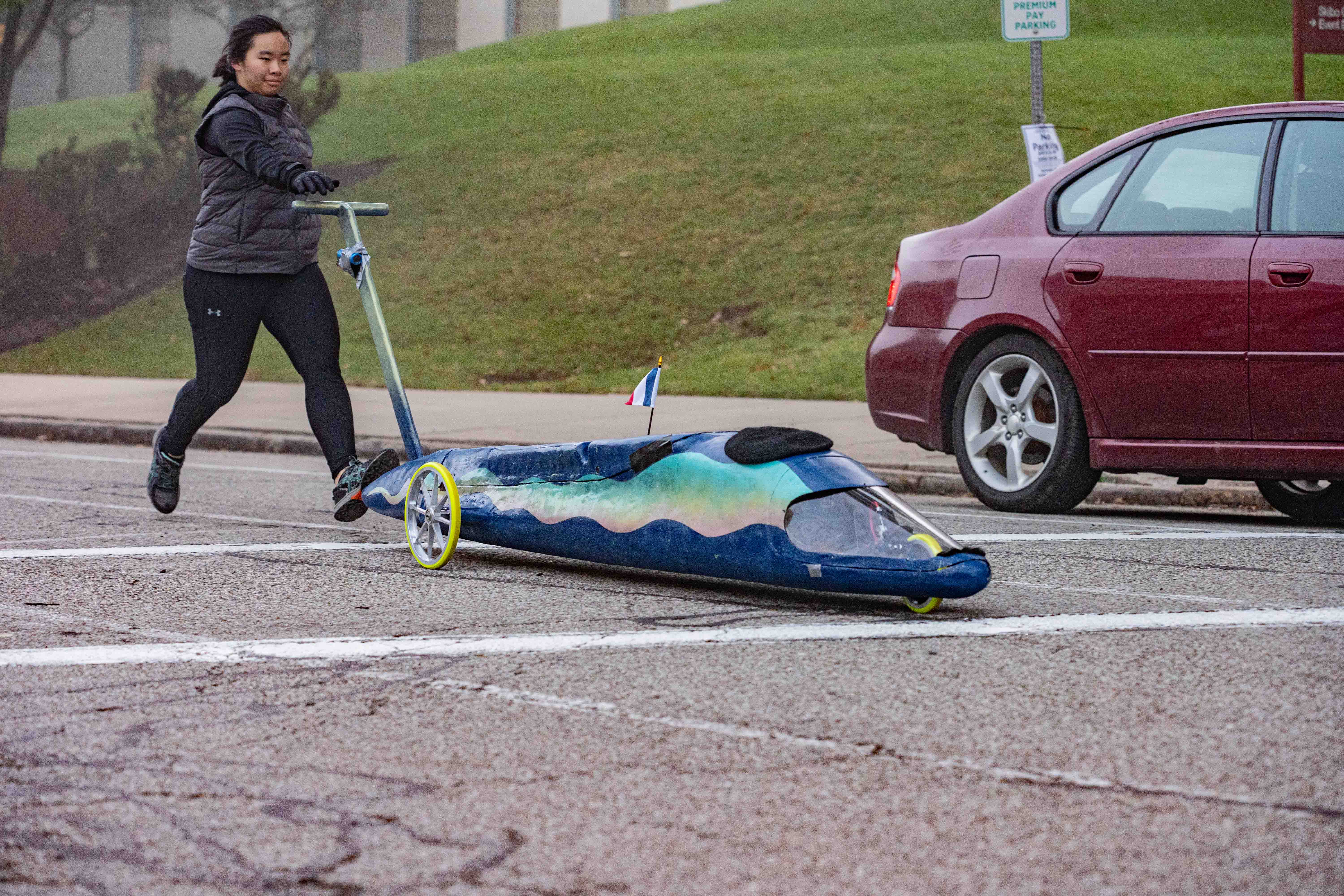 Fringe was out on only Saturday and without Bumper… awfully suspicious. Perhaps Brazen and Insite weren’t the only buggies they’re loaning out this year.

PiKA was out with its full fleet of sleek, black buggies this weekend. They were also the only fraternity team out both days, so they’re quickly racking up a high roll count and plenty of practice for the races. We noticed Banshee and Cliona with opposite axle configurations, meaning the brothers may be trying to settle the debate once and for all. 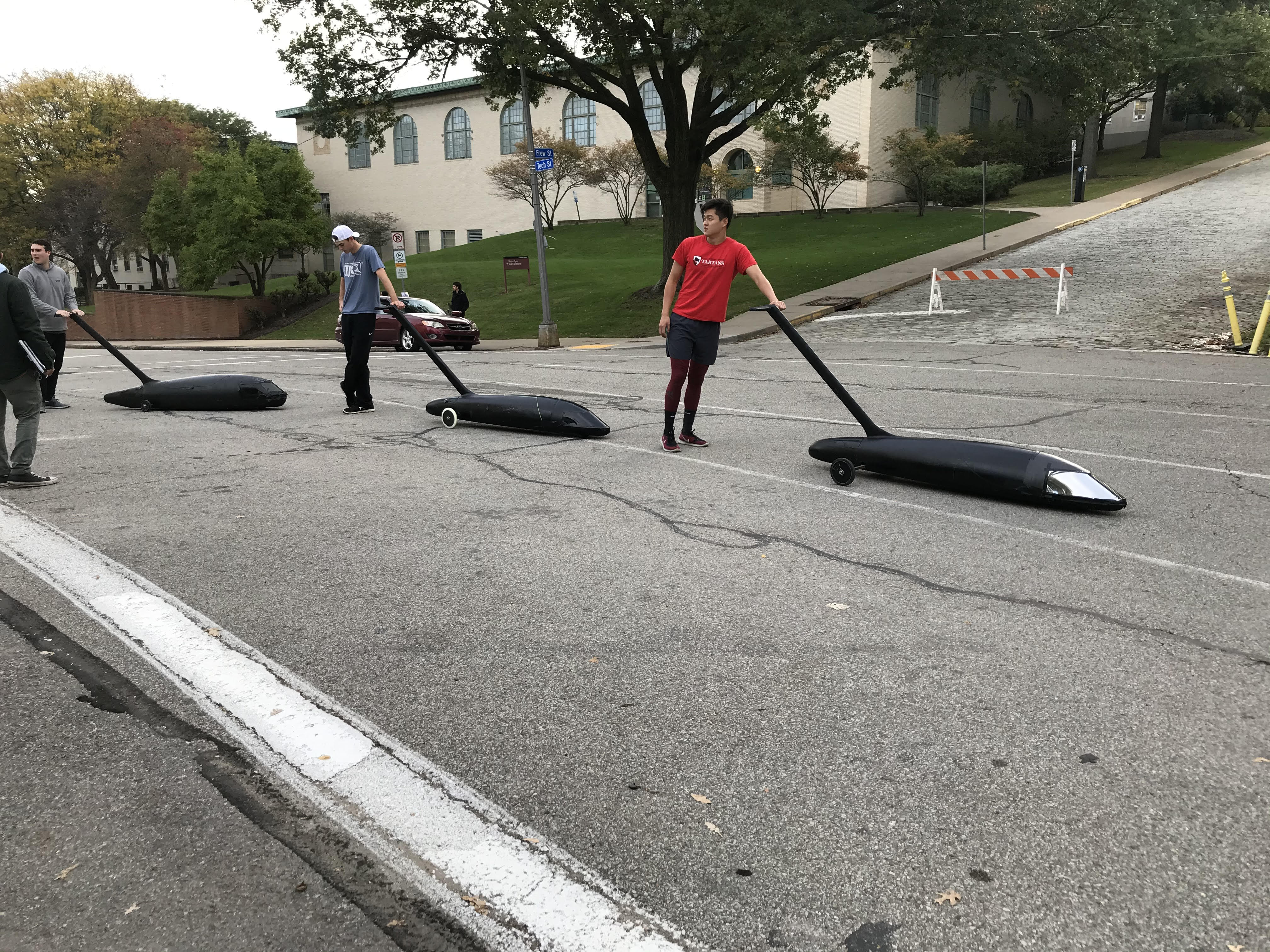 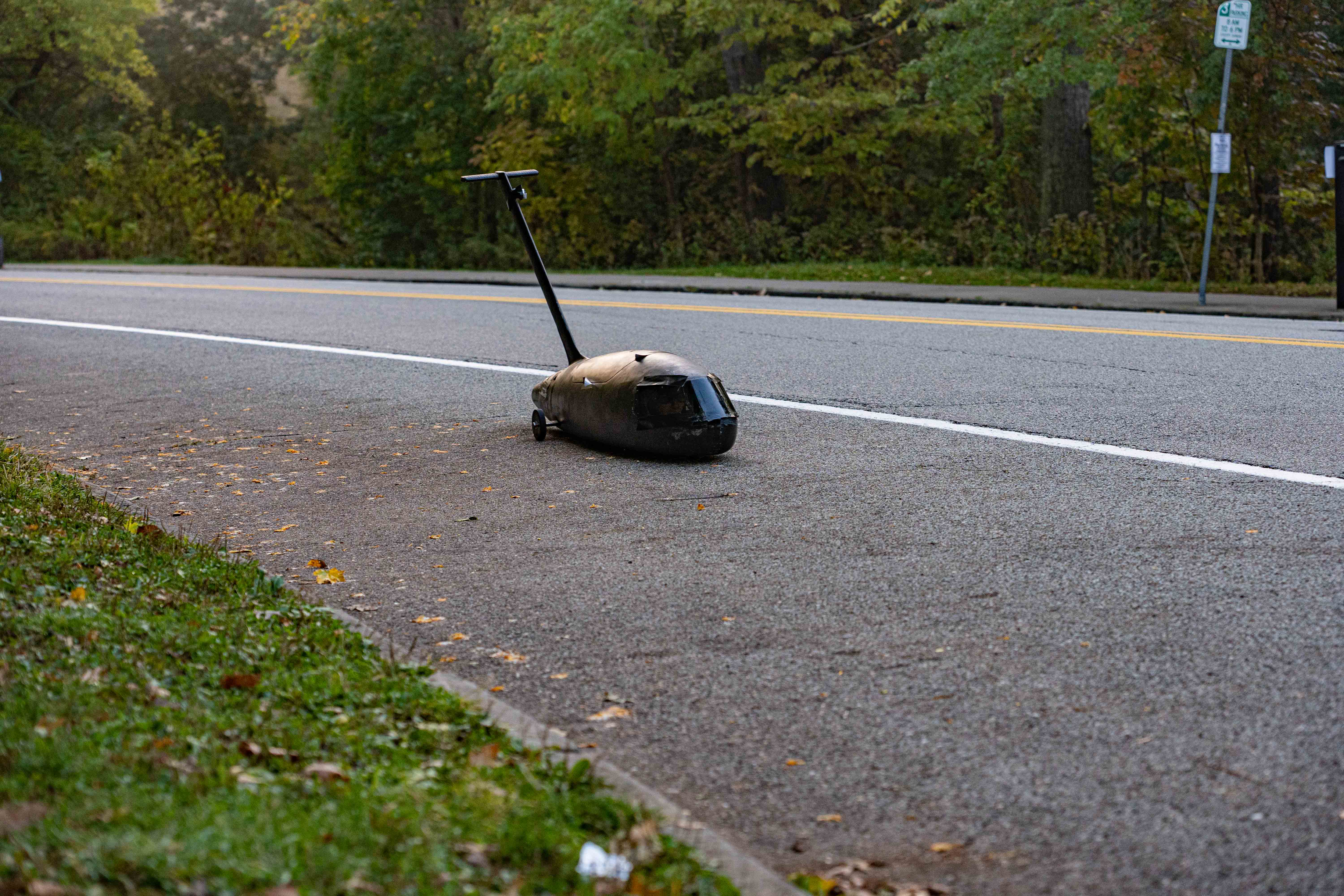 RoboClub has returned to the roll order, with their newer robotic buggy, NAND, sans colorful lights. They had a few bugs to work out after they were forced to scratch one roll on account of their “steering giving out,” and another ending with a sudden braking just past the crosswalk. However, they did end up getting around the course until they chose to scratch for the day in the 5th cycle. I was quite confused and concerned when Sweepstakes allowed a team to scratch and come back after having a steering problem until I realized it was RoboClub. 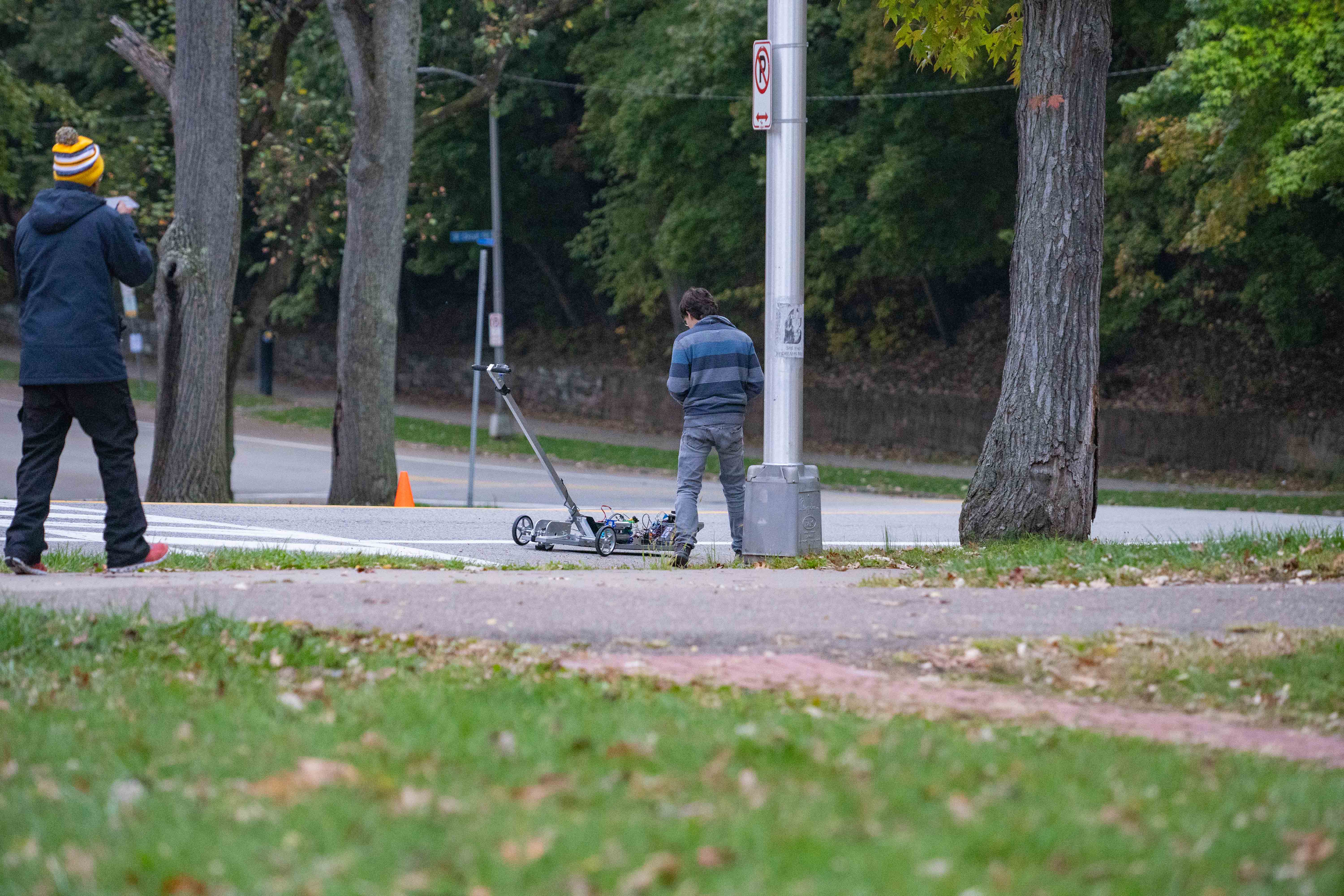 SDC was quick as always. Maybe a little too quick, often showing up the top of the hill before their turn throwing off Sweepstakes and their track of the roll order. But they rolled Vice and Avarice with no incidents. 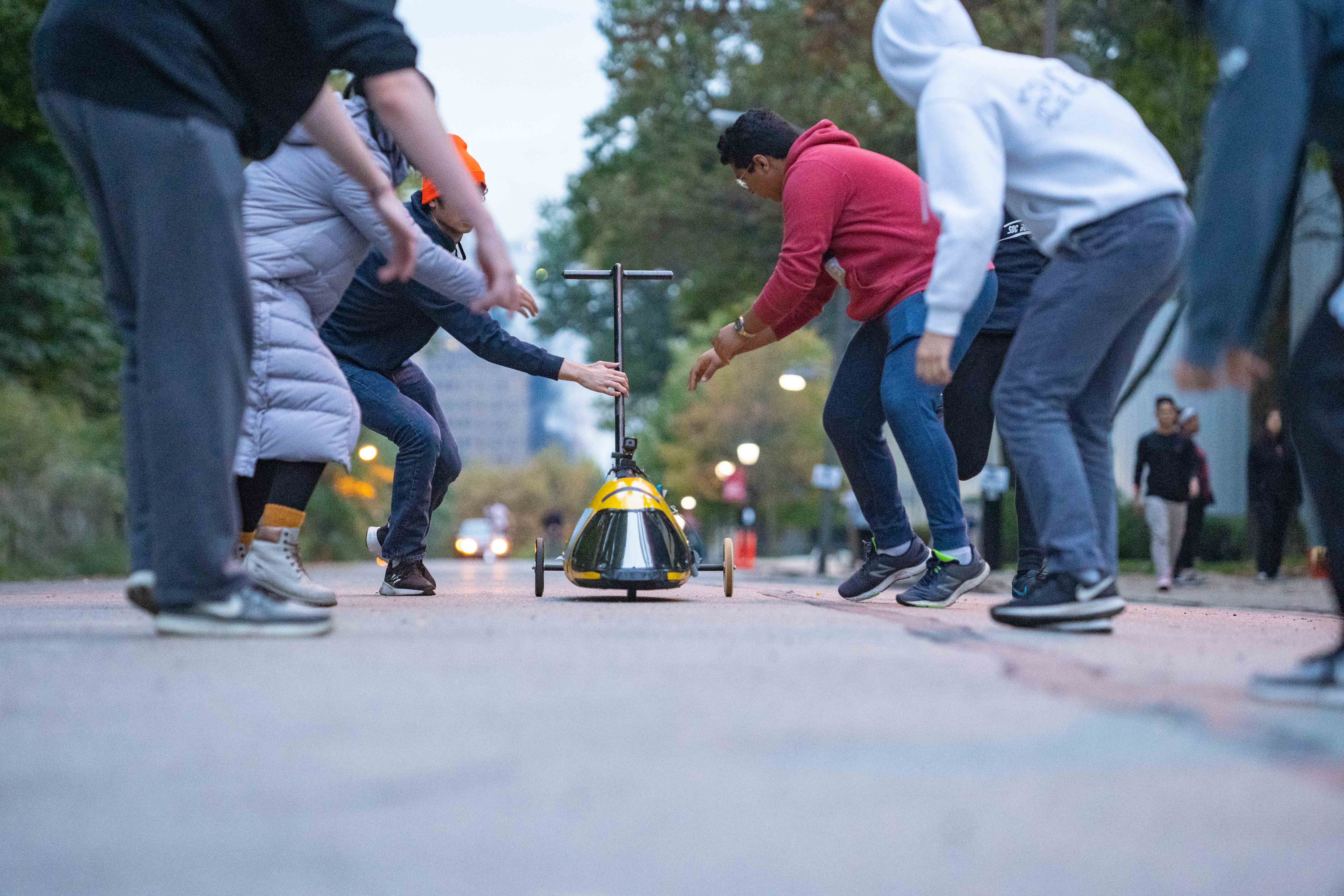 The SigEp icon, Beyonce, has graced the course with her presence once again. And now the song is stuck in my head… 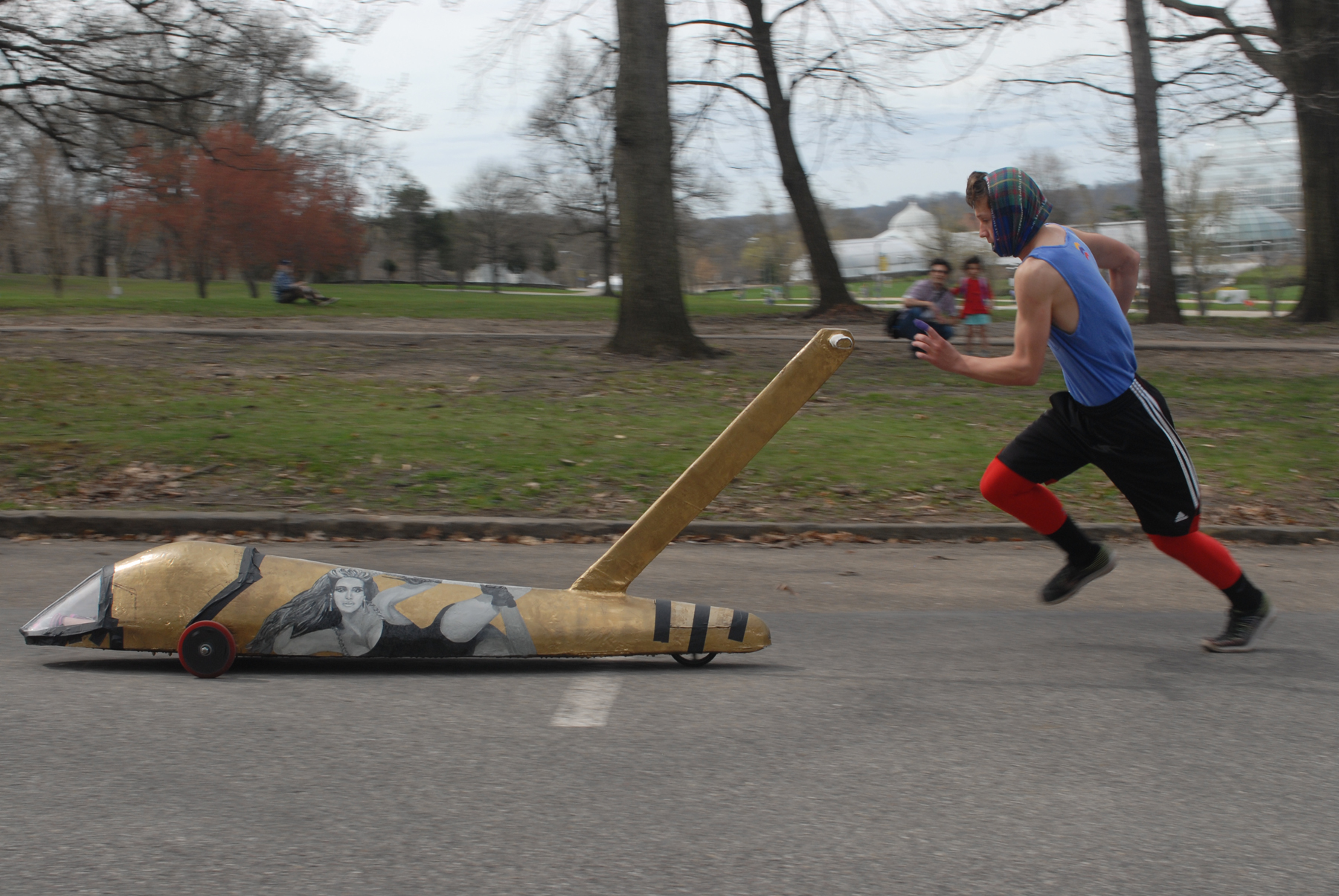 SigEp barricaders had a bit of a hard time this weekend; on Saturday, an angry driver of a large truck refused to turn around, and on Sunday, a car drove onto the course.

Spirit. I always feel bad that I don’t have anything to say about Spirit each week… So here’s a pretty picture taken from this weekend to make up for it since a picture is worth a thousand words right? 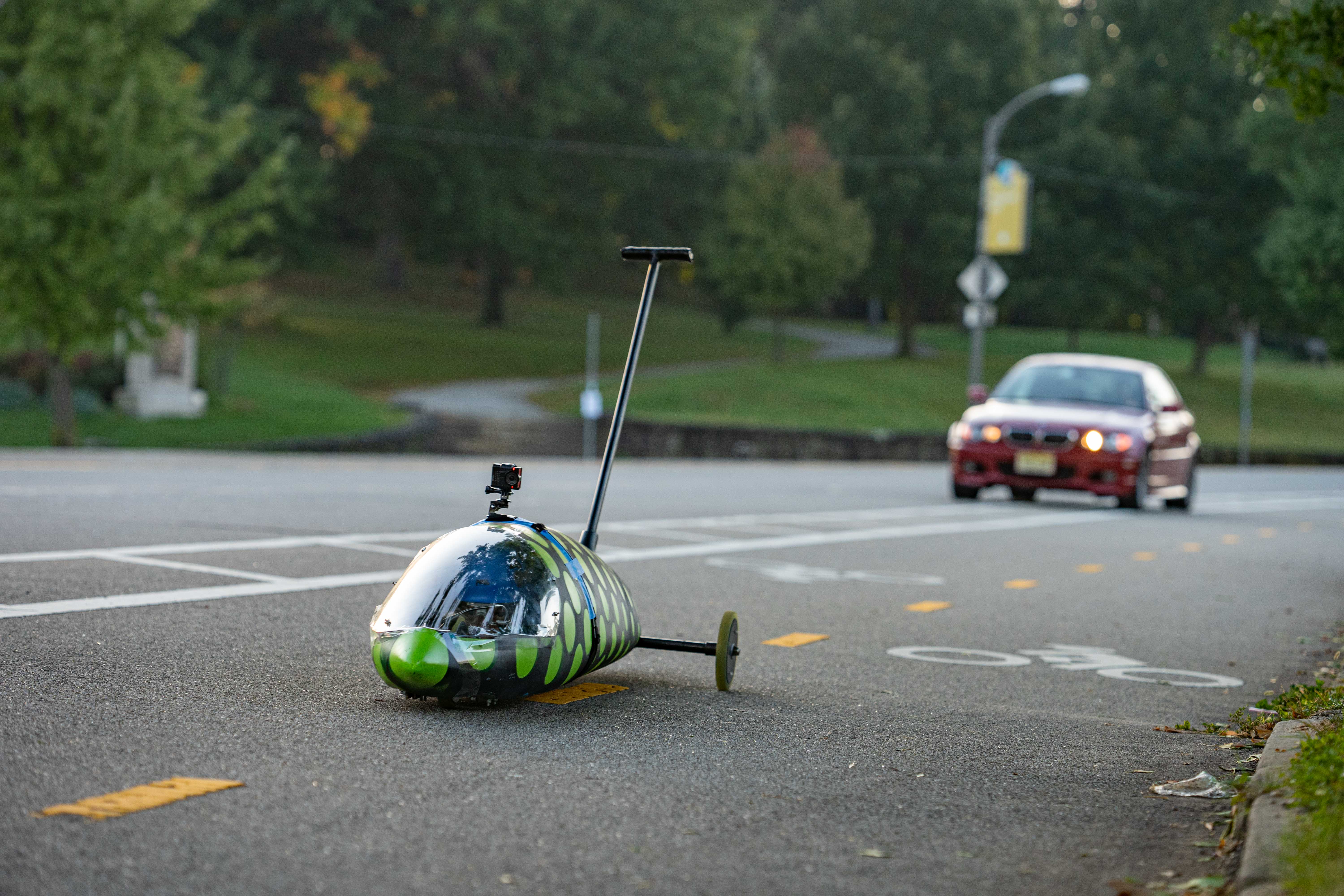 At around 8:25 with over half an hour left, we found ourselves with only 5 rolling teams after SigEp also called it early in the fifth cycle. Sweepstakes decided to go through another cycle and then try something that doesn’t get done often: rollarounds. If you’re wondering what that means, see the gif below.

Basically, this meant that the rolls order was thrown out and teams allowed to go to the top of the hill in any order they wanted as many times they wanted for the rest of the morning. Fortunately, Sweepstakes was able to handle the madness and successfully keep track of all the roll counts. It was a little bit hectic, but gave teams who really wanted it a chance to grab some more rolls, and those who didn’t a chance to take it easy. Well, hectic for everyone except the Safety Chairman, who had a rather uneventful weekend, never having to leave her chair. It’s a rare, but lucky thing, to have a bored Safety Chairman at rolls. 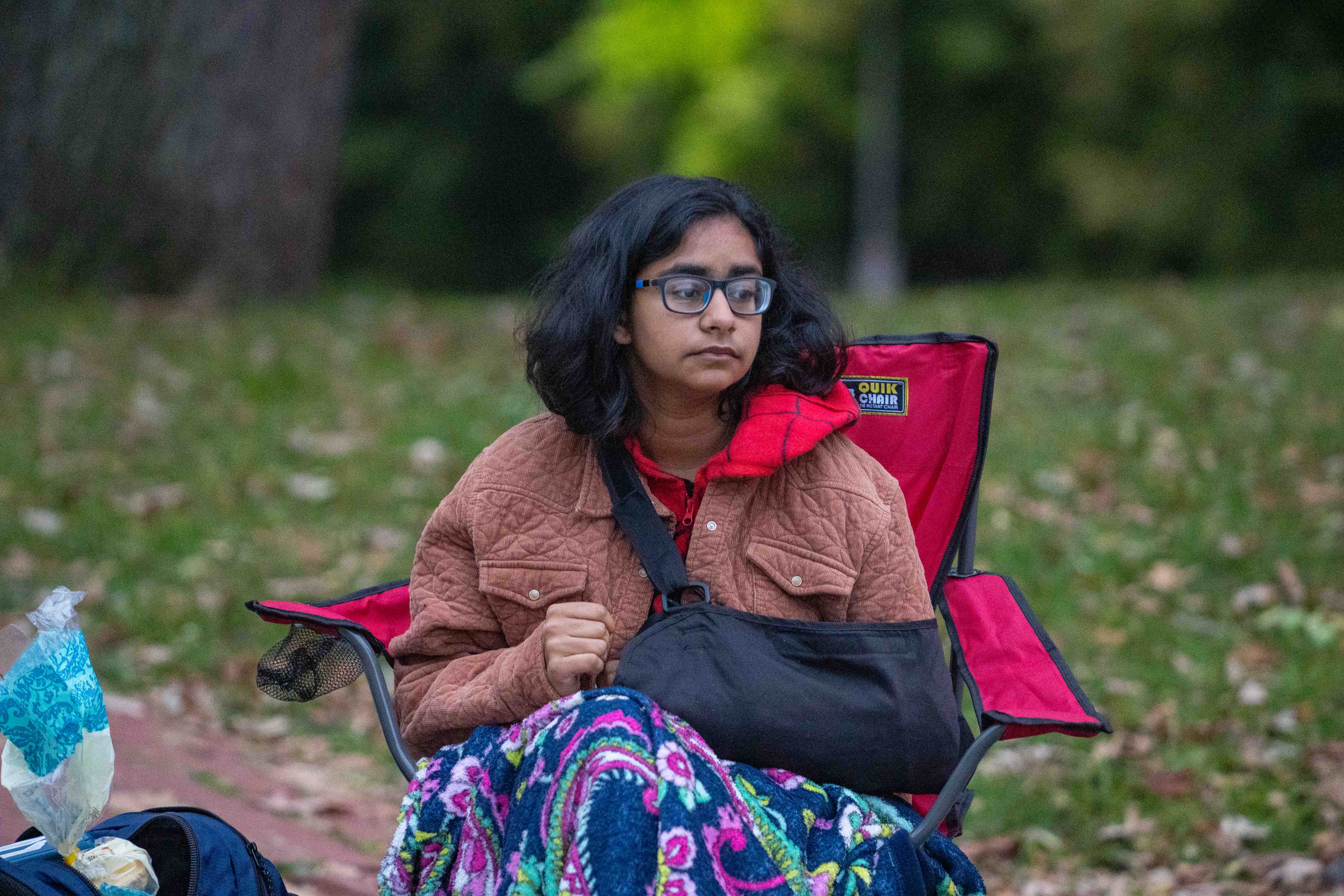 Rumor of the week:

Sunday started off with a bang when two fire trucks showed up to respond to a fire alarm in Posner Hall before first rolls. Looks like Apex is still trying to figure out wheel heating. 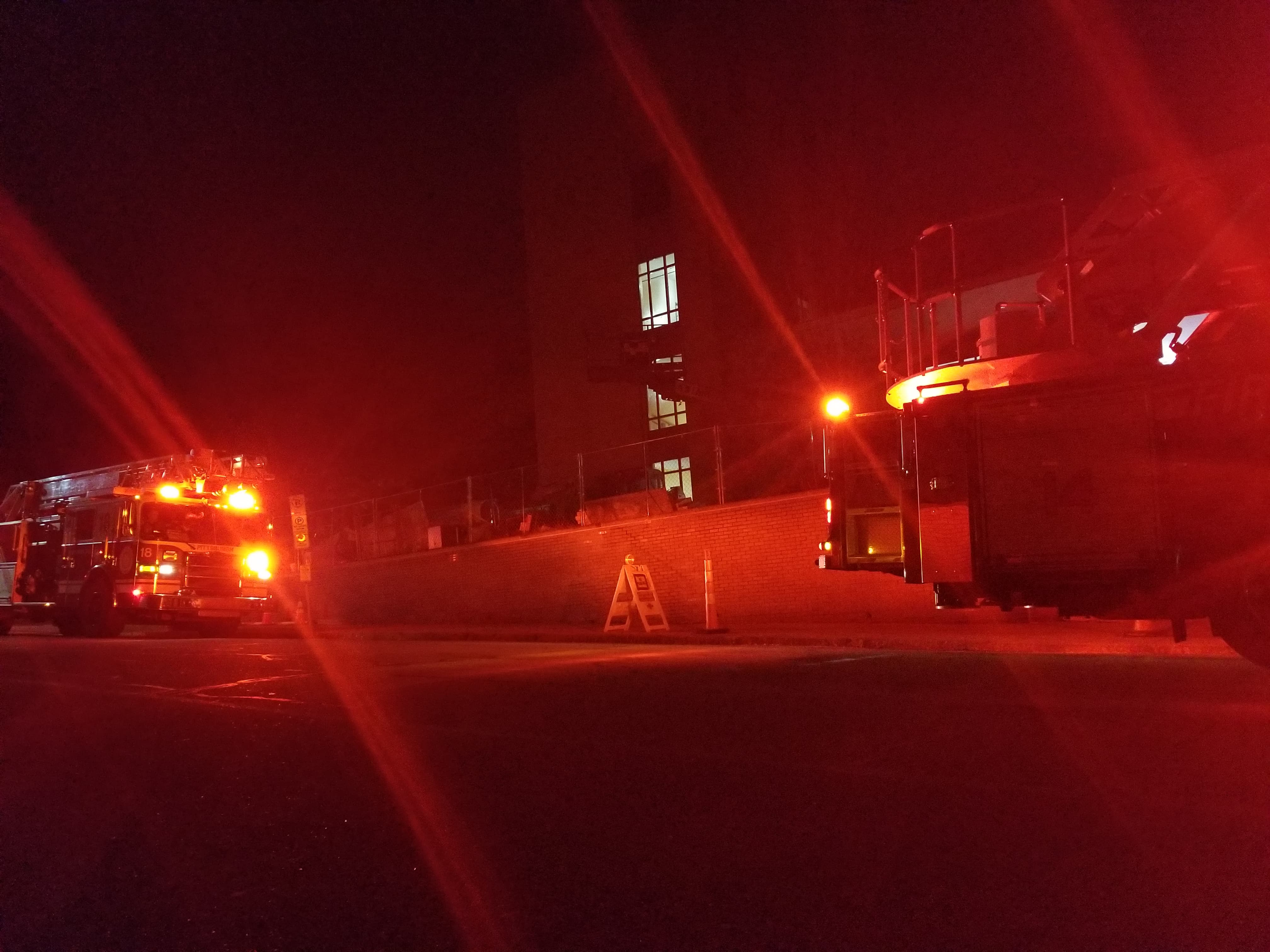 Stay tuned for the next rolls report and any buggy related updates! This upcoming Saturday there will be a very special and unusual Sweepstakes surprise appearance.

Join in Discussions on Discord:
https://cmubuggy.org/chat