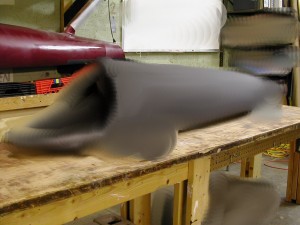 Assuming there’s no blizzard (none on the horizon), enough teams get capes done (they are scheduling now), and the weather stays mild (current forecast: partly cloudy and low 30’s), we could be 5 days from starting another season of spring freerolls!

To set the mood, I’ve included a slightly obfuscated picture from exactly 8 years ago today, during my last build, Blackjack.

The newest of the new upstart teams has been working the buggy social network as much as any group of freshmen with no buggy experience could hope to do and it’s recently paid off to some degree.  Apex [a group which started as some enthusiastic residents of The Residence on 5th (hence the original team name, “Rez Buggy”)] is taking over Pioneers’ assets and becoming a legit independent.  I can’t imagine that taking over where Pioneers left off was a huge head start, but it’s certainly better than working out of your dorm room.  They’ve got the ancient and decrepit Camo to start off with which is a tough start compared to DeltaForce’s experience with Perun, but what doesn’t kill them (and it won’t) will make them stronger.  Follow along @apexbuggy and offer some support and tips.

PiKA is officially allowed to participate

I don’t think I knew this was up in the air, but apparently it was just recently officially determined that PiKA would be allowed to roll this spring.  That’s great to hear.  I am very curious to see what size operation they attempt to operate from their dispersed, off-campus setup.  I see a Carson Palmer parallel.  Performing well the last couple of years, but not quite to their glory-day standards, forced to sit out the first half of the season and kind of pissed about it, but not without the fire to get back into it.  Then getting the chance to be back in and forcing some critics to admit they’ve still got it, but in the end, it takes time to adapt to the new scene and you finish .500.  Except, I bet they’ll even do better than finish .500.

I attempted this medium-difficulty prediction task back in 2009 and it was a fun exercise to get my head back in the game, so let’s try it again.

So, that’s the field.  I’ll set the over-under at 5.5 new buggies.  Let’s hear your better predictions, or maybe even actually informed thoughts on these topics.  I hope the weather cooperates and we get going with rolls before the superbowl for the first time in years.  If so, check back in a week for our first rolls report!