In lieu of a rolls report this week due to the wet weather, let’s continue the Raceday HYPE and introduce the people you’ll be primarily hearing from this Carnival. BUT! before we introduce all of our amazing broadcasters for this year, a quick plug that we are still in need of some volunteers to help us with a few of the necessary Raceday operations. In particular, we need people to help identify and transcribe finish line times. The only requirement is that you be at the finish-line tent during the finishes. If you can spare a few races during the mornings, we would be incredibly grateful and have some physical gifts in return for your service.

This year, if you’d like to try and see what being a commentator is like, you can have your chance during the Exhibition races! Swing by the BAA Tent at the top of the hill and we’ll get you a spot! 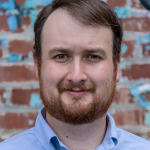 Will got into buggy through doing sports broadcasting with WRCT as a freshman at CMU. Somehow he’s stayed in the play by play role for the races ever since, with this being his 10th raceday behind the microphone. He now lives in nearby Braddock PA and runs a company called Xpogo which manages the top athletes in the sport of extreme pogo sticking, which was a clear next step after buggy. 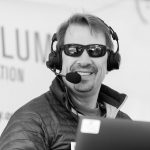 Andy joined buggy as a mechanic, then chairman of Pika, where they eventually won Sweepstakes in 1994 with a strong push team and a great buggy in Mad Dog. The buggy went on to win in 1995 and 1996 as he entered the Navy as a pilot. Since graduating, Andy has been active with the BAA, supporting several alumni initiatives to keep the event amazing. He married the former Ms. Nancy Atkinson (CIT ‘93) who gracefully supports his buggy habit. 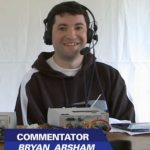 Bryan spent his undergraduate buggy career as a member of AEPi, where he began as a flagger before working his way up to house Buggy Chair (and occasional builder).  He is best known for his efforts as the alumni pusher of the classic “AEPit Crew” exhibition heat during Raceday 2009.  He graduated in 2008 with a major in Policy & Management and a minor in business, but decided to leave that all behind for the law, graduating from Georgetown University Law Center in 2013.  He currently lives in Los Angeles, California, where in addition to his roles as BAA Treasurer and Buggy Broadcaster, he works as a lawyer for Fandango and Rotten Tomatoes. 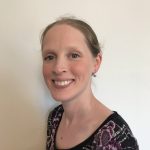 During her time at CMU, Erin majored in chemistry and was active in the Carnegie Involvement Association as a pusher, occasional push-practice driver, and RD 2009 chairman. After college, she attended UC Berkeley and completed a Ph.D. in nuclear and radiochemistry. Erin married herself a CIA mechanic in 2013 and have been on a homemaking/mothering sabbatical since late 2018 following the birth of their first daughter. 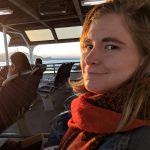 When Linna started doing buggy, she was looking for hands-on experience designing and crafting with carbon fiber. Somewhere along the way she became the first female head mechanic of Fringe and helped craft and design 4 buggies, one of which is now hanging in Tepper. Today Linna lives in CA, designing exterior automotive accessories. 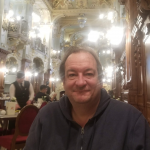 Mark was a part of Sigma Nu from 1982 – 1987 with wins in 82 and 85, and spins in 86, 87. He lived thorough the transition from 4 to 3 wheels and the era of the panaracer pneumatics. While on the team, he was their wheel guy, buggy designer, and builder of Lemur, Colugo, Jerboa, Yamabachi, Pope Jackson, and King. In the pre-CMUtv days, he was an occasional lead car camera man and has since been a part of the broadcast team for the last several years. Outside of buggy, Mark has competed in the All-American Soap Box Derby ultimate speed division from 2009 – 2016 earning 5 wins and holds the current track record. In his words: “Might know a a thing or two about wheels.  Might not.” Currently lives in CA having done work for medical device startups.
– 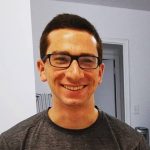 Jordan joined SDC as a pusher during his first year at CMU and went on to push in five Racedays. He also was a Push Captain for RD 2013 and 2014. After undergrad Jordan stayed at CMU to get a Masters from the Heinz College and is now a Tech Consultant at PwC in New York.